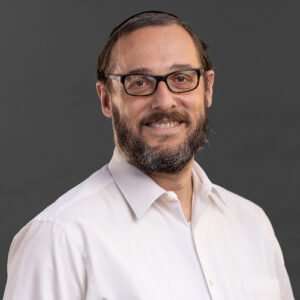 As one who was raised in the Satmar community, reading the recent New York Times exposé of hassidic yeshivot turned me into an emotional wreck, simultaneously filling me with contradictory feelings of rage and nostalgia.

On one hand, the article brought back painful memories of violent corporal punishment, and also reminded me of the time, many years ago, when I suddenly realized how little my more than twenty-five years of education had prepared me for the world outside the invisible fence surrounding my native community. Once I made a decision to poke a hole in that fence and step outside, I was confronted with numerous intellectual inadequacies.

When it came to any non-Jewish discipline, I had the sophistication of a five-year-old. Navigating daily life outside the communal womb was paralyzing. Reliving those moments now was extremely difficult.

On the other hand, the NYT’s discussion of the intensity of the Torah studies curriculum brought back fond memories. I have an insatiable thirst for and undying love of Judaic studies. Most of my waking moments are spent either teaching Judaics to others or studying it on my own. The seeds for this passion were planted in the Satmar school system, whose educational philosophy does not necessarily work for all its pupils but nevertheless was a perfect match for my ambitious and intellectually hyper-curious personality.

Starting as a young teen, I spent close to fourteen hours a day in the study hall, deciphering fascinating religious texts, engaging in mind-altering intellectual debates, and all the while being infused with a robust and rich spirituality. It was Edenic.

In addition to a rich spiritual life, that education ultimately provided me with the tools to pursue a rewarding career. I am the chair of the Talmud department of a prominent rabbinical school, have written well-received responsa on complex legal issues, and am privileged to teach across the country and around the globe.

The credit for this gratifying religious and professional abundance belongs to the Satmar educational system and to my amazing teachers there with whom I was privileged to learn from and study. There, however, is a catch. I am an exception to the rule. Most people who followed my trajectory and stepped out of the confines of the community into the larger world are miserably underprepared to succeed professionally, culturally and intellectually.

I was fortunate to find employment in a field where my robust Jewish education gave me an advantage, and my lack of secular education did not put me at too much of a disadvantage. As a Talmud teacher, I am able to utilize everything I was taught in Satmar to make me successful at my job.

Were I, however, to choose any other career path, I would have been an abject failure. My years of schooling did not teach me how to conjugate a proper English sentence, master modern technology, or be equipped to pursue a decent professional career. Knowing a lot of Talmud does not help with any of that.

Talmud proficiency, undoubtedly, makes you a great Torah scholar, and, in general, a sophisticated thinker, but it does not teach you anything about any other discipline. Anything. It is a closed and self-referential genre that engages various disciplines such as math and science, but on its own terms and according to its own understanding of the primary tenets of those disciplines.

Those assumed tenets are barely compatible with broader society’s current understanding of those fields. Being a Talmudic genius, therefore, does not help one succeed in any profession that is not directly related to Judaic studies.

The professional inadequacy is complemented by a lack of enlightenment. Aside from significant Jewish knowledge, one graduates the system as an ignoramus, oblivious to science, culture, history, and literature. And that is infuriating and has to change.

But to be clear: the requisite change is quantitative, not qualitative. Those of us campaigning for change in the community are advocating for internal modification of its educational philosophy, while at the same time completely preserving the community’s norms, values, and lifestyle. The hassidic pupil’s curriculum needs to be brought up to speed, but the religious persona does not need to change one iota.

The NYT’s piece was a reminder of how difficult it is to achieve this minor modification, and that is exasperating. Days after reading the article, the sadness provoked by the article stayed with me. I was still in tremendous emotional pain.

The aftermath of the article has been no less painful. I am extremely disheartened by the disingenuousness of some who ripped into the NYT in defense of the current state of affairs. Most of them would never let their own children attend a Satmar school. As outsiders who are non-hassidic or perhaps even non-haredi, they raise their children in educational systems that set up their graduates for professional and emotional success, but they nevertheless are comfortable perpetuating poverty and social inadequacy for other people’s children.

Their own loved ones’ curricula are in consonance with our modern reality, but still they insist that Satmar and other hassidic kids should continue to be raised in a Jewish milieu that is, by their perception, pure and unadulterated, which to them means serious Judaics but nothing else – a curriculum based on the premise that an ideal Jewish education is comprised exclusively of Judaic studies. The inclusion of other forms of knowledge, they suggest, contaminates one’s spiritual integrity and diminishes their devotion to God.

The premise, however, is incorrect, postulating a false dichotomy between unadulterated piety and worldly knowledge and sophistication. They, in fact, are not in conflict. Ignorance does not make one more pious. To the contrary, knowledge of the world combined with professional success enriches one’s spiritual pursuits.

That is the essence of this fight, and we should not let others tell us otherwise. Those of us in the trenches of this battle for educational change were fortunate to synthesize our love of Jewish learning and our appreciation for other knowledge. Others deserve that, too. Depriving anyone of this intellectual abundance is wrong and inexcusable.

Hopefully, the NYT’s piece will advance this project.

Of course, change must come primarily from within, but to paraphrase what the rabbis of the Talmud (Sanhedrin 107b) taught us: the carrot only succeeds when it receives a little reinforcement from the stick. We need both: internal aspiration helped along by gentle external critique.

While the NYT’s piece evoked a smorgasbord of emotions, overall it was a good thing. It fueled the passions of those inside the community and outside of it who, like me, have a deep love of hassidim and hope for the day when those communities’ fears of a synthesized curriculum dissipate and disappear.

I am confident that such a day is not so far away. Hope springs eternal.