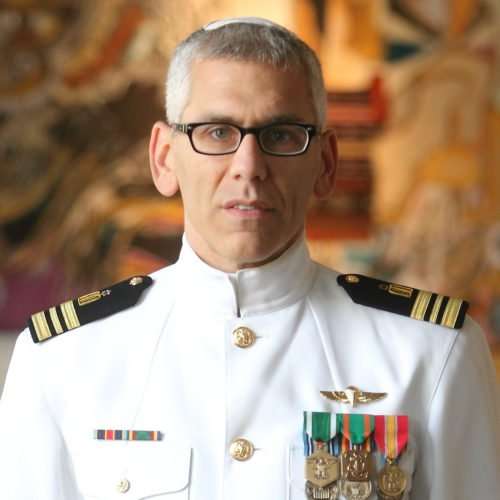 Associate Professor of Jewish, Islamic, and Religious Studies at Vanderbilt University and Chaplain for US Navy Reserve

Phillip Lieberman serves in a tenured position as Associate Professor of Jewish, Islamic, and Religious Studies at Vanderbilt University. He received his PhD in Near Eastern Studies from Princeton University in 2007 and also holds degrees from the University of Washington, Seattle, and the London School of Economics. Phil serves as a naval chaplain on a monthly basis, which has been part of his service over the last nine years, and was recently selected for promotion to Commander. An active participant in Nashville’s Orthodox community, Phil was originally ordained by the Jewish Theological Seminary in 2002, and served for seven years as a congregational rabbi in Englewood, New Jersey. In his scholarly work, Phil explores the life of the Jewish communities of the Islamic world in the medieval period and has written extensively about Jewish economic and social history. His new translation (with Lenn Goodman of Vanderbilt) of Maimonides’ Guide to the Perplexed is forthcoming from Stanford University Press.